It was just a normal Saturday… until it wasn’t.

Chance and I wanted to go shoot some skeet with our friends and we have access to a property about 30 minutes from Dallas. When we got to the property, we all noticed a dog laying in front of the gate, not far from the main road we were getting off of. When he got up, I could see how skinny he was. We opened the gate and went inside and went on with what we had planned.

When we were leaving, the dog was still lying there with his tiny cooler of dirty water and food on the dirt. I found out he was actually a he and just knew in my heart that there was no way I was leaving him here. He didn’t seem scared, but curious. He was wagging his tail the entire time. I looked at Chance and he already knew to make room in his truck 😂

Since we had been at that property to shoot guns, we decided to call him Shooter.

He struggled getting up into the truck so I had to help him. He also sat facing backwards, which made us think he hadn’t been inside a truck much. He was quiet most of the ride and rode with his head on the arm rest.

When we got home, I put my dogs away so we could bring him inside. My friend Taylor and I brought him into the bathroom and got him in the tub to give him a bath. He had mud matted on him and didn’t smell the best. He was so relaxed and calm and my tub soon filled up with muddy water and his hair. His hair was just falling out because he has clearly had no nutrition and who knows the last time he’d been brushed. His hip bones were protruding and I could feel his spine. I just kept thinking to myself, how could anyone do this to a dog?

He showed signs that he, at one point, had a home. First off, he had a collar when we found him. He knew how to sit. He knew how to walk on a leash without pulling. He was potty trained (for the most part). He knew how to act in a crate and would even go in there to lay down. He was somebody’s at some point… One of the first things Taylor and I did was take him to a 24 hour vet (this happened all around 11pm on a Saturday). He wasn’t microchipped. When we got to the vet, he was resisting getting out of the car, I believe this was because he thought he was going to be dumped again. My heart was broken.

Since I have two pups of my own and didn’t know what was wrong with Shooter, I had him sleep on our patio. I put a blanket down and gave him a bowl of fresh water. I also fed him and he ate it so fast. I’m thankful that Texas decided to have a couple of cool nights while he was out there because I felt guilty that he had to be outside. I guess it’s better than him being only feet away from a main road.

On Sunday, my day was consumed by looking up rescues in Dallas. I reached out to multiple rescues that didn’t even respond to me and still haven’t. I posted his photo in a few groups on Facebook and it was shared quite a bit, but I didn’t hear anything from any potential families. This confirmed my fear that this pretty boy was dumped.

On Sunday evening, I heard from Gail Mitchell from Good Shepherd Rescue & Sanctuary and I’m so thankful for that. We chatted on the phone and decided to meet the next day for his evaluation to see if he’d be a good fit into their program. She also had a crate and food to give me to use.

I was nervous about his evaluation because I hadn’t really brought him around other dogs and wasn’t sure how he’d do. But he passed! We were going to be able to get this boy a family and a home that he deserves. A sweet follower of mine (thank you Michaela!) sent me a FREE initial health exam coupon so I booked him an appointment for Monday afternoon. He got lots of tests – including a 4dx test. This tests for heartworm disease, ehrlichiosis, Lyme disease, and anaplasmosis. While we were there, I found out he’s probably 2.5 years old and only weighed 66 pounds (GSD’s usually weigh up to 88 lbs). Because of the hair loss on his tail and tips of his ears, we thought he had mites, but turns out he didn’t.

Without the help of Good Shepherd Rescue, I wouldn’t have been able to take him. A volunteer with the rescue, named Bekki, sponsored all of Shooter’s vetting! This also included his neuter and any medication to cure anything that’s wrong with him. #thankful

Knowing we couldn’t keep Shooter (as bad as I wanted to!) I knew I had to find him a foster. The search was on! I wanted him to go with someone who I knew so I could make sure he was okay and so I could visit. I got attached to him very quickly. Luckily, I had a friend mention her Aunt was interested and we decided to pick a day for me to bring him over.

In the meantime, we introduced Shooter to Dawson and Trigger and it went better than I thought it would. I was worried but didn’t need to be. They got along just fine and started playing together!

The Results Are In

I found out Tuesday afternoon that Shooter tested positive for two types of intestinal parasites: giardia and hookworm. Dogs become infected with giardia when they swallow giardia that may be present in water or other substances that have been soiled with feces. 🤮 Hookworm is always caused by ingestion or by larval penetration of the skin, generally found in contaminated water or in a contaminated environment. We also found out that he tested positive for heartworm.

This wasn’t the news we were hoping for but we were unfortunately expecting. The news just brought me back to the thought that he was so mistreated and not taken care of. Despite everything that wrong with him, you’d never know! He was extremely playful and full of energy.

I scheduled another appointment for Shooter to get up to date on his annual vaccinations and get medicine to start treating his giardia and hookworm. Then, we had the vet do a Knott’s test. This test determines how extreme the heartworm is.

Shooter did so well at the vet and I’m so thankful for how amazing he was!

I get Dawson groomed at Poochie’s Pampered Pets, a mobile dog grooming company in Dallas, and thought I’d reach out to them to see if they’d donate a bath for Shooter. I gave him one with Taylor the day we found him but I knew it wasn’t as thorough as it would be if a groomer did it! Tessa McBride, the owner of Poochie’s, did the bath herself on Thursday evening. She got her dog fix and Shooter got his first real bath in I don’t even know how long. The timing was great because I was taking him to his foster in the morning.

I took the day off Friday because I knew I’d be a wreck and I definitely was. I cried the ENTIRE car ride (if you watch the Saving Shooter highlight on my Instagram, you’ll see it in action). I was just so sad at the thought that I couldn’t be the person that shows him the best life he deserves. But, I knew the foster would. At least I thought.

I won’t go into details but the foster didn’t work out. She kept him until he was planned to be picked up by another volunteer (on Tuesday) and taken to the vet for his neuter. The neuter went well and I didn’t want him just going anywhere so I picked him up and kept him until he was adopted. Another follower of mine (thank goodness for Instagram!) who makes bow ties for dogs sent me a variety of bow ties and suggested that I could sell some to help Shooter’s costs. How sweet and thoughtful! I sold 8 and donated almost $100 to Good Shepherd Rescue! You can get your own bow ties on her Etsy page and see all her creations on Instagram. You can also see all the cute pups in their bow ties on the highlight called Bow Tie’s on my Instagram!

He really became a part of our home. I’ve gotten used to him being here and will definitely miss his big face when he’s not here anymore. A woman who has rescued from Good Shepherd Rescue before is adopting him without even meeting him! I had to take him to the vet one last time so he could get his vaccinations boostered and make sure he’s all set before being transported to Wyoming. Yes, WYOMING.

I held myself together until they were taking Shooter to the back and he looked back at me. I wanted to run to him and bring him back to the home he’s known for the past few weeks. But, I couldn’t. I have to keep telling myself that he will have such a wonderful life because he will! I’m just sad it’s not with us.

You already know that I’m trying to plan a trip to Wyoming to see him as soon as we can. I will miss him and his energy so much I can’t even explain. I can’t wait to update you on how he’s doing and his new life! I talk to Sarah weekly and of course ask her for photos of him – they’re saved in the Saving Shooter highlight on Instagram.

*ps – his name has been changed to Shadow but I will still always refer to him as my Shooter boy!* 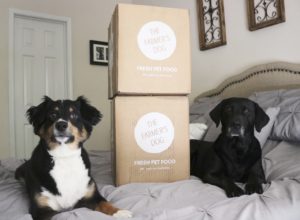 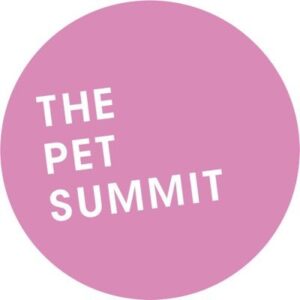